Why I Will Vote to Repeal the Death Penalty

On November 6th, I will vote in favor of California Proposition 34, to replace the death penalty with life in prison without possibility of parole. 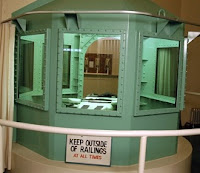 Some people will vote for Prop 34 because a financially strapped California cannot afford a death penalty that costs $185,000 per year more, per convict, than housing that same convict for life.  If California’s 725 condemned prisoners were integrated into the general prison population, it is also likely the state could sell its antiquated San Quentin prison, which sits on prime San Francisco Bay real estate, and replace it with a modern facility on cheaper land, somewhere else in the state.  The financial arguments for Prop 34 are sound, even if they are not the primary reasons for my support.

Some people will vote for Prop 34 because of evidence that we have executed innocent people.  The recently available DNA tests have exonerated many condemned prisoners, and those exonerations call into suspicion a percentage of the rest.  Even one such execution would be too many.  It is also evident that a disproportionate number of the condemned were poor, marginally educated, and/or persons of color.  I accept these as worrisome aspects of our current law.

Some people will be impressed by the list of leaders who support repeal.  Jeanne Woodford presided over 4 executions as Warden of San Quentin State Prison.   Donald J. Heller wrote the wording for the 1978 law (Proposition 7) that established our current death penalty, and Ron Briggs led the successful campaign to get it passed.  John Van de Kamp was Attorney General of California from 1983-1991.  Antonio R. Villaraigosa is the current mayor of the City of Los Angeles.  Carlos Moreno voted to uphold about 200 death sentences in his time on the California Supreme Court, defendants who he says, "richly deserved to die." But Moreno supports Proposition 34, because "there’s no chance California’s death penalty can ever be fixed.”  I am not a band-wagon kind of guy, but it is an impressive list.

I do not even support Prop 34 because of a personal friendship with one of those 725 inmates on San Quentin’s Death Row.  My interest in the death penalty goes back to the 1960 execution of Caryl Chessman, when I was in the 4th grade.  I have now spent 52 years thinking on the subject, read dozens of books, sat down with the assistant warden who supervised Chessman (“He was the most evil man I ever met.”), and made it a central theme of the novel I can’t find the time to finish.  About ten years ago I began a pen-pal relationship with a serial killer who had already been on Death Row about eight years.  Twice, I have been to San Quentin to be locked in a visitor cell with him.   The reports are that the 725 people who will be most affected by Prop 34 hope it won’t pass.  (As convicted felons, they don’t get to vote.)  They know that more Death Row inmates die of old age than of lethal injection, and that Prop 34 would deny them their roomier cells, and dump them in with the general population.  As my serial-killer friend told me, “This place is full of some really scary people.”

All of these are good reasons to vote for Prop 34, but my own reasons are Biblical.  In this I have reached a very different conclusion than many of my Christian brethren.  I have grown to accept a line of argument in the Mennonite tradition, though I am not, otherwise, Anabaptist in my theology.  In this, I am most indebted to Against the Death Penalty: Christian and Secular Arguments against Capital Punishment, by Gardner C. Hanks (1997).

Most Christians see the primary instruction on capital punishment as coming from God’s commandment to Noah (Genesis 9:6), “Whoever sheds man’s blood, by man his blood shall be shed, for in the image of God He made man.”  However, this is neither the first nor the last statement by God on the subject.  When the world’s first murder occurred (Gen. 4:8), God invoked banishment as Cain’s punishment.  Cain protested that this would put his own life in jeopardy, and God pronounced a seven-fold judgment against such vengeance.  As we analyze what we hope to accomplish by Capital Punishment, it had better not be vengeance, because God reserves vengeance as His right, alone (Rom. 12:19).  For one thing, it is always human nature to take vengeance beyond even what God may have sanctioned.  By the end of Genesis 4, a fellow named Lamech is bragging, “If Cain is avenged sevenfold, then Lamech seventy-sevenfold.”

It is in the context of just such violence (Gen. 6:11) that God chooses to end the cycles of vengeance by wiping out the violent.  He will start over with Noah.  God’s first choice for dealing with murder was banishment, but man could not live up to that plan.  So in order to prevent such cycles of revenge killings, God issues His second-choice, the commandment in Gen 9:6.  God is extremely concerned to have peace within mankind’s communities.

Curiously, when Jesus goes to the cross, the most immediate beneficiary is Barabbas.  A condemned murderer, in a one-for-one exchange, Jesus died in his place and Barabbas walked free (Matthew 27, Mark 15).  In faith, I believe that Jesus died for my sins, as well, but even those without faith can see how Jesus died in place of Barabbas.  After the crucifixion, every subsequent execution in the Bible is for being a Christian.

I believe a sentence of life in prison serves as the banishment that was God’s first choice for murderers.  Life without parole serves God’s interest in protecting society and in forestalling cycles of retaliation and vengeance.  Within the idea of justice, there is the further sense that a crime has knocked things out of balance, and that someone must pay in order for there to be a return to balance.  This is the requirement that often calls for the perpetrator to suffer execution.  But my theology tells me that Christ died to supply that return to balance.  There are earthly requirements for the purpose of restitution or for protecting society, but my theology tells me Christ died to restore the cosmic balance for the debt of all sin.  He also died in hope that no human soul should ever have to enter hell, and that none is so far gone as to be beyond salvation.

I believe, when I was visiting my friend on Death Row, that I recognized guards escorting David Westerfield to a visitor’s cell.  Some readers, just seeing his name, will experience anger.  To call him “good-for-nothing” or “fool” hardly seems strong enough.  Yet Jesus tells me I jeopardize my own soul for thinking such thoughts.  I believe it works like this: Hell is a place intended primarily as a punishment for Satan and his demons.  Though souls who reject God will go there, it has always been God’s hope that none would ever do so.  The reality of Hell is so horrible that we humans should never wish it on any fellow human, no matter how heinous their crimes.  Rather, we should hope and pray for every soul, right up until the time when God, in His sovereignty, takes that person’s life.  Vengeance is His.  The timing is His.  Life without parole protects society, and I will vote for Prop 34.

For additional information on Proposition 34.
Brian at 11:07 PM